Industry
Arts + Entertainment / Not For Profit

Accessible & welcoming, quintessentially Westralian, summer, cold beers, laughter, outdoors, relaxed, backyard BBQ, cool-ish, a bit daggy in a “dad joke” kind of way (where everyone is in on the joke), exciting, fun, a little bit nostalgic, escapism from political or economic stress, simpler times, getting loose & getting tanned, psychedelic freedom and good times.

After 3 years of utilising a suite of illustrated patterns as the key supporting creative in the brand identity kit, Fringe World Festival 2017 felt like a good time to try something new. Without any kind of roadmap on how to go about it, we set about to create what we would later call a ‘responsive illustration’, something we revisited in our 2019 campaign approach.

To achieve this, we built out an illustrated scene with special consideration to foreground, mid ground, background and edge framing elements so the illustration could respond to the changing dimensions of any given touchpoint — much like a responsive website does! Each part had to be considered as to how it would be effected by the changing dimensions of different touchpoints, with some elements being covered up as the touchpoint became cropped or framing elements shifted about. This was an exciting and challenging approach for us but one that produced one of our favourite seasons yet.

The year presidents went quasi-nuclear, ramen-scented bubble bath became a thing, and Fringe World took to the 70s (well, sort of). 2017’s concept looked to the suburbs for inspiration, blending elements of Australiana, the psychedelic pigment punch of Peter Max, and that patented Fringe tongue-in-cheek twist to (what we hoped) delivered a sense of escapism from the somewhat daggy and uncertain surrounds of everyday suburban life. 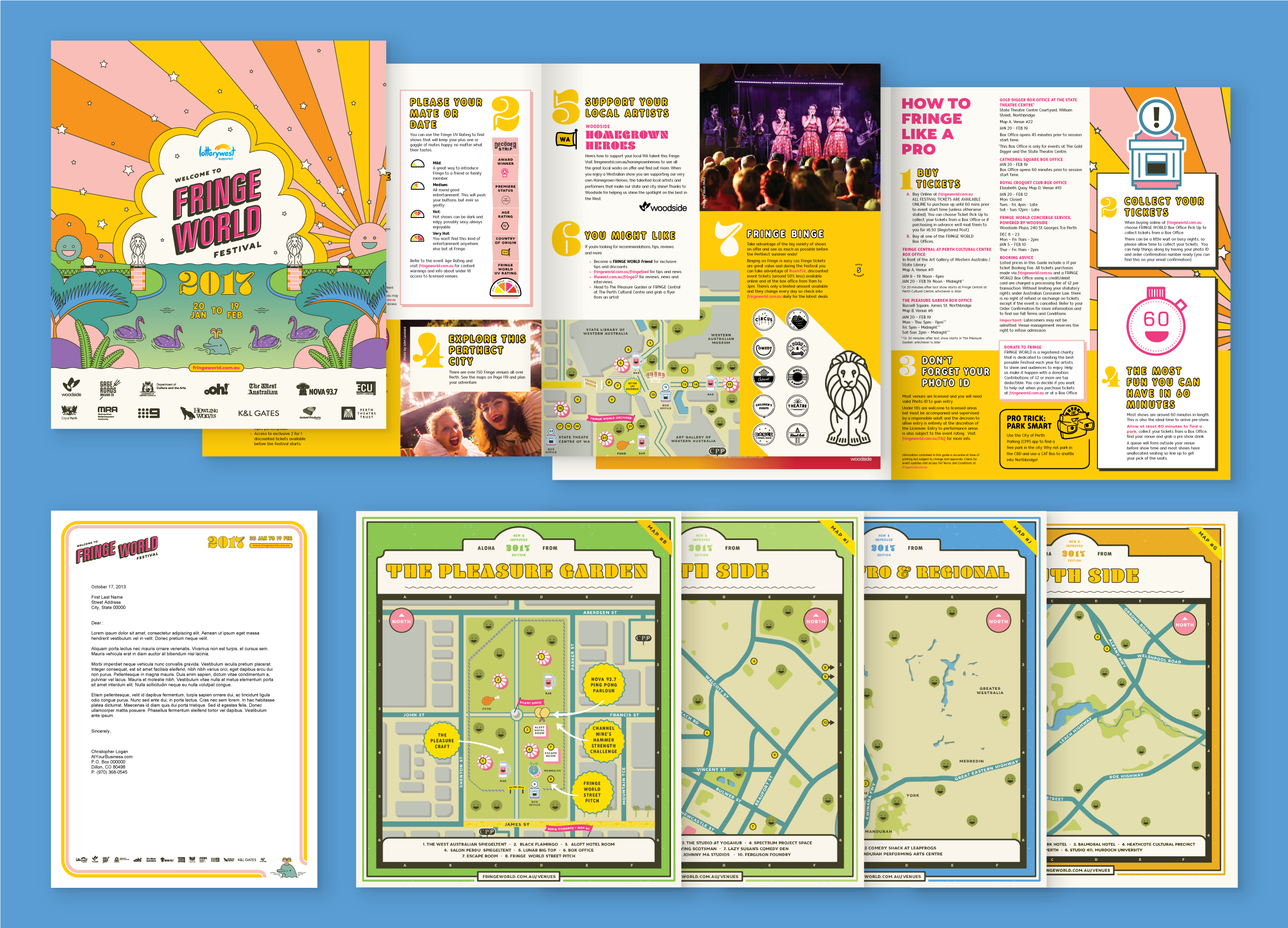 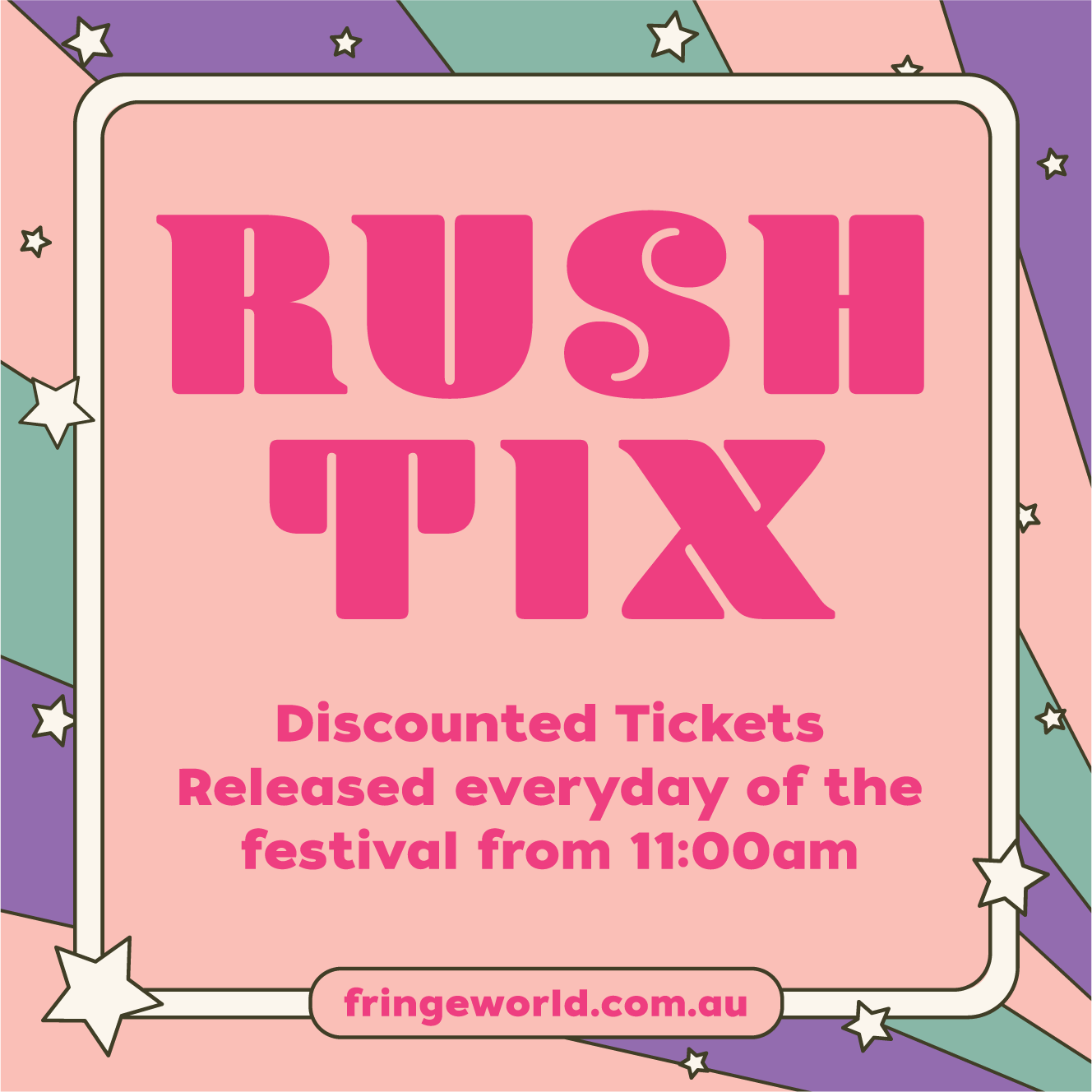 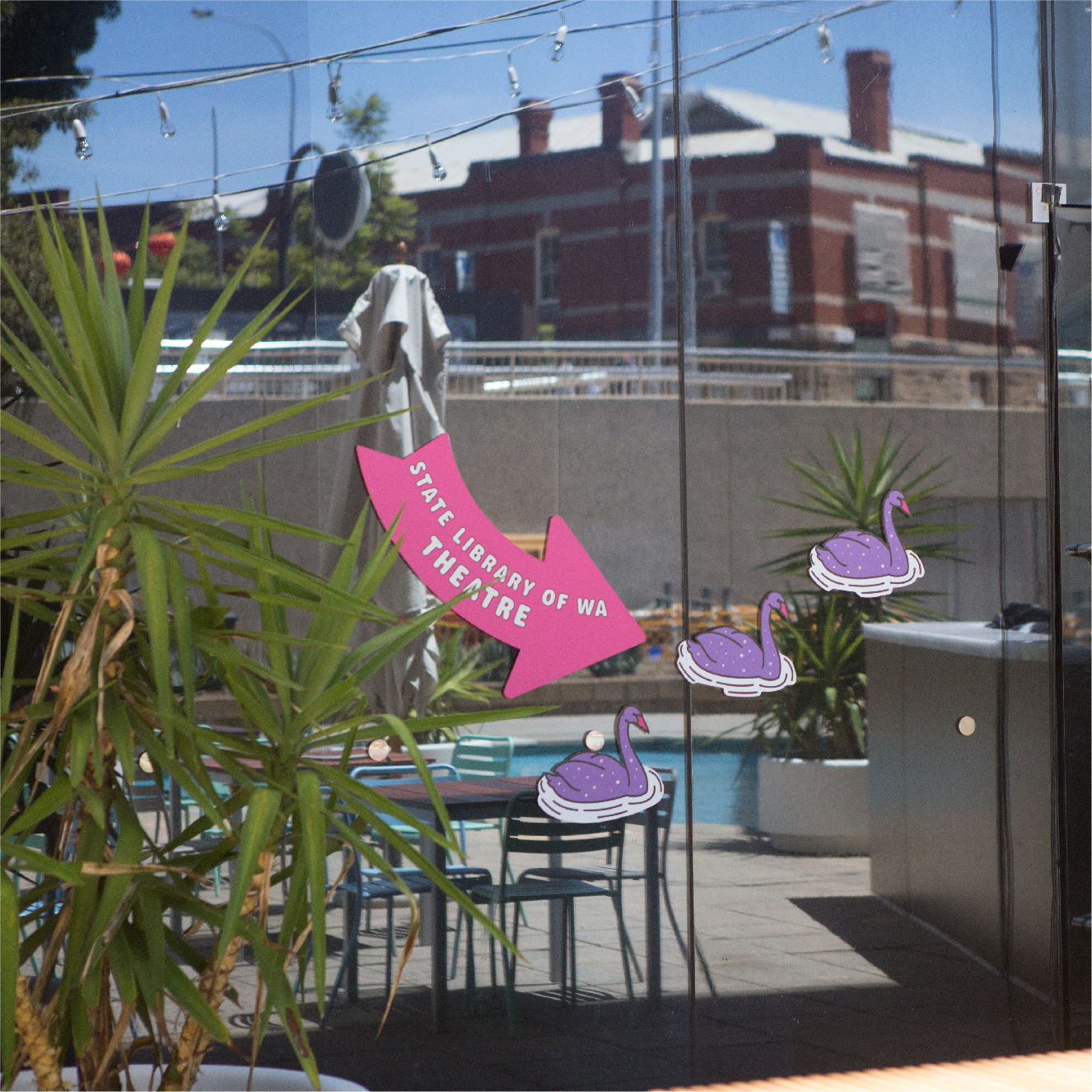 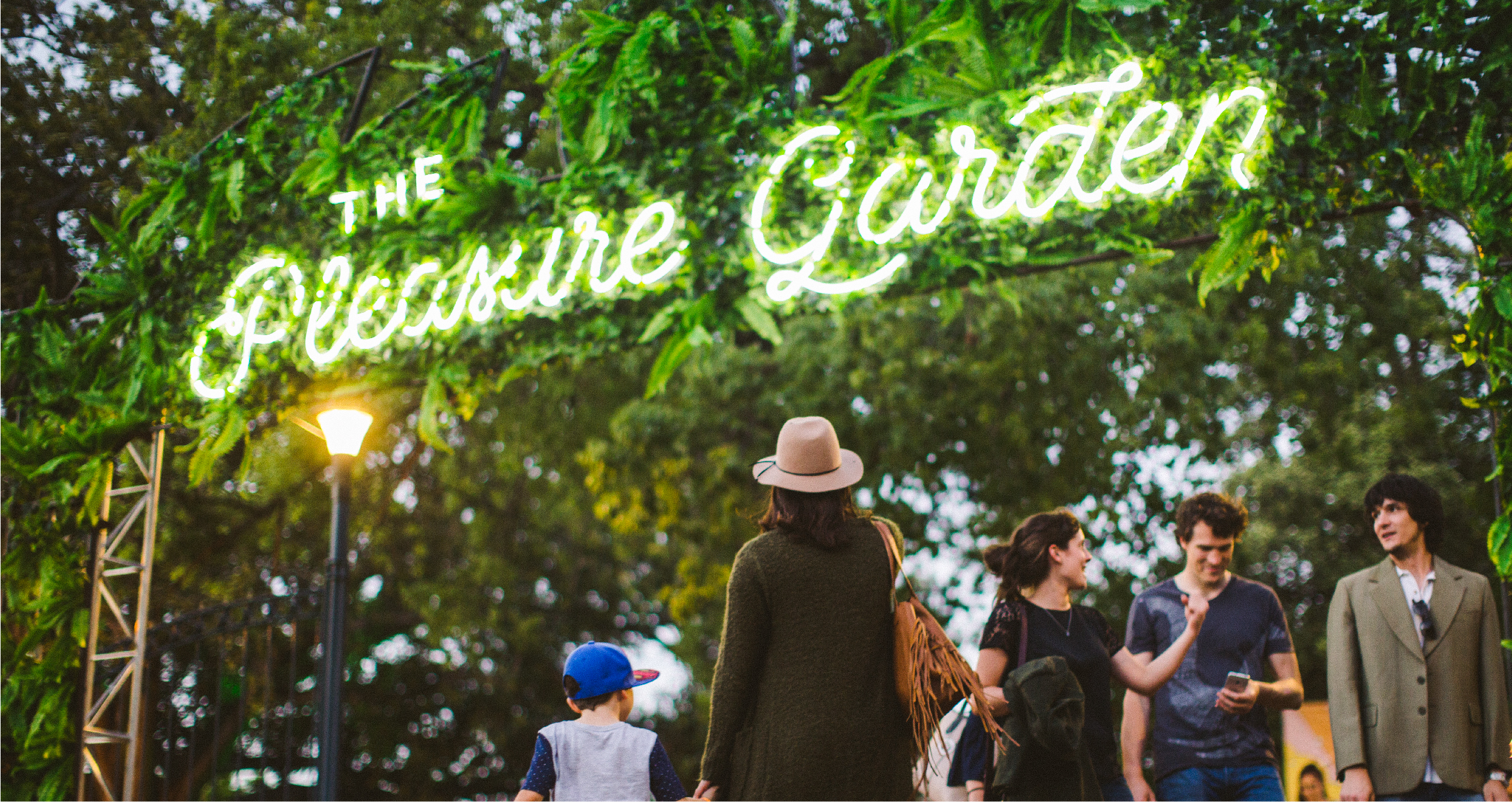 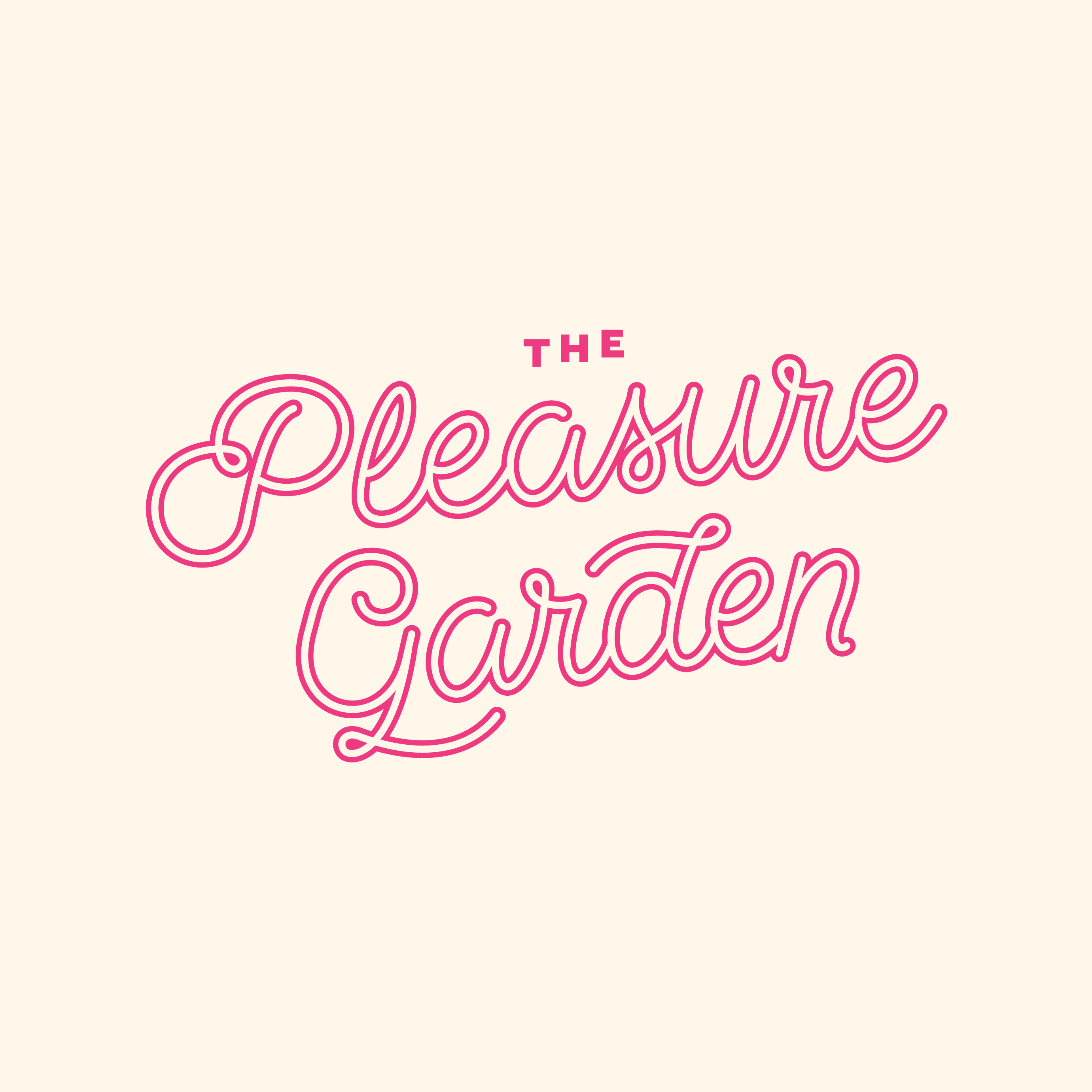 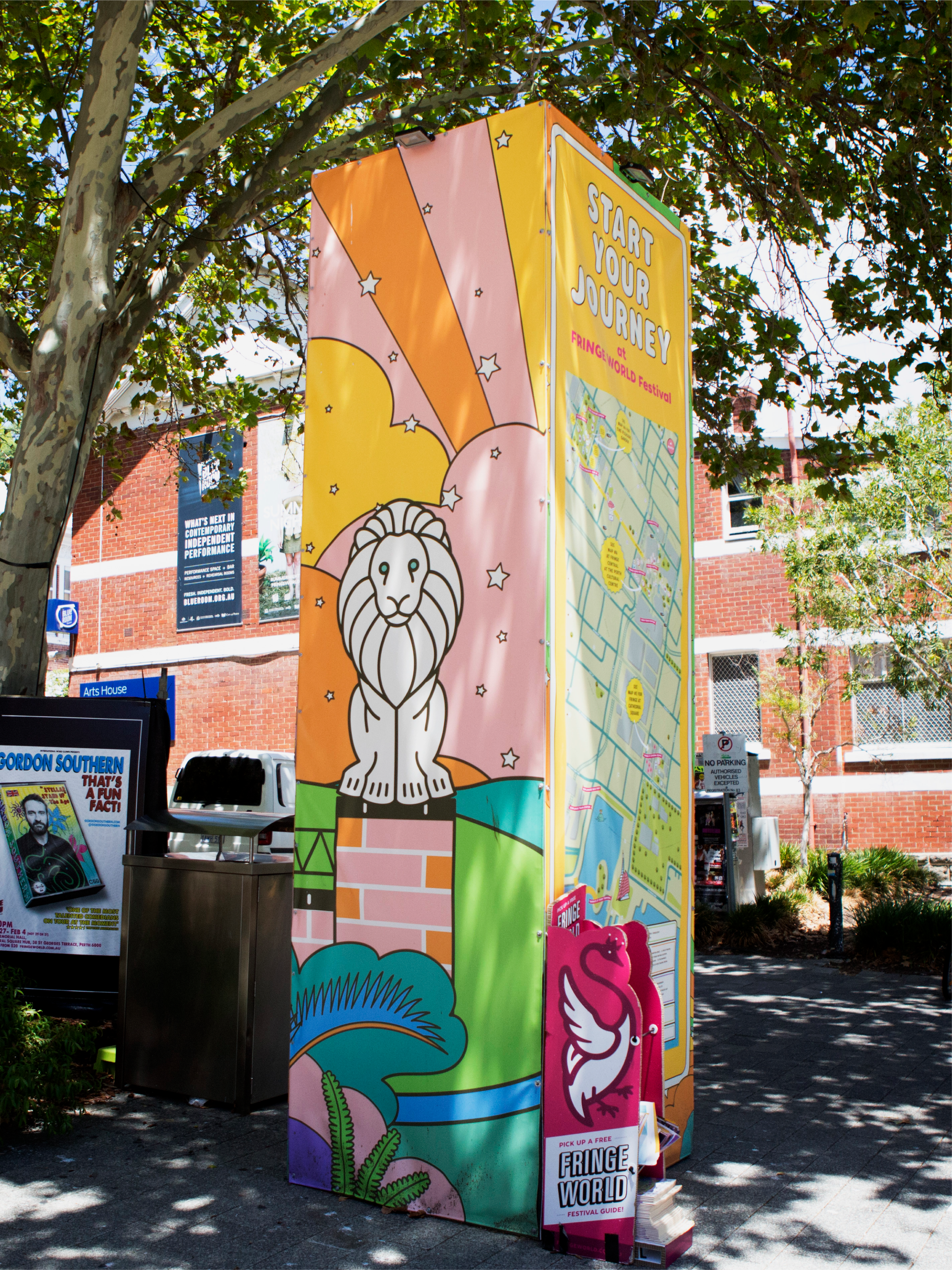 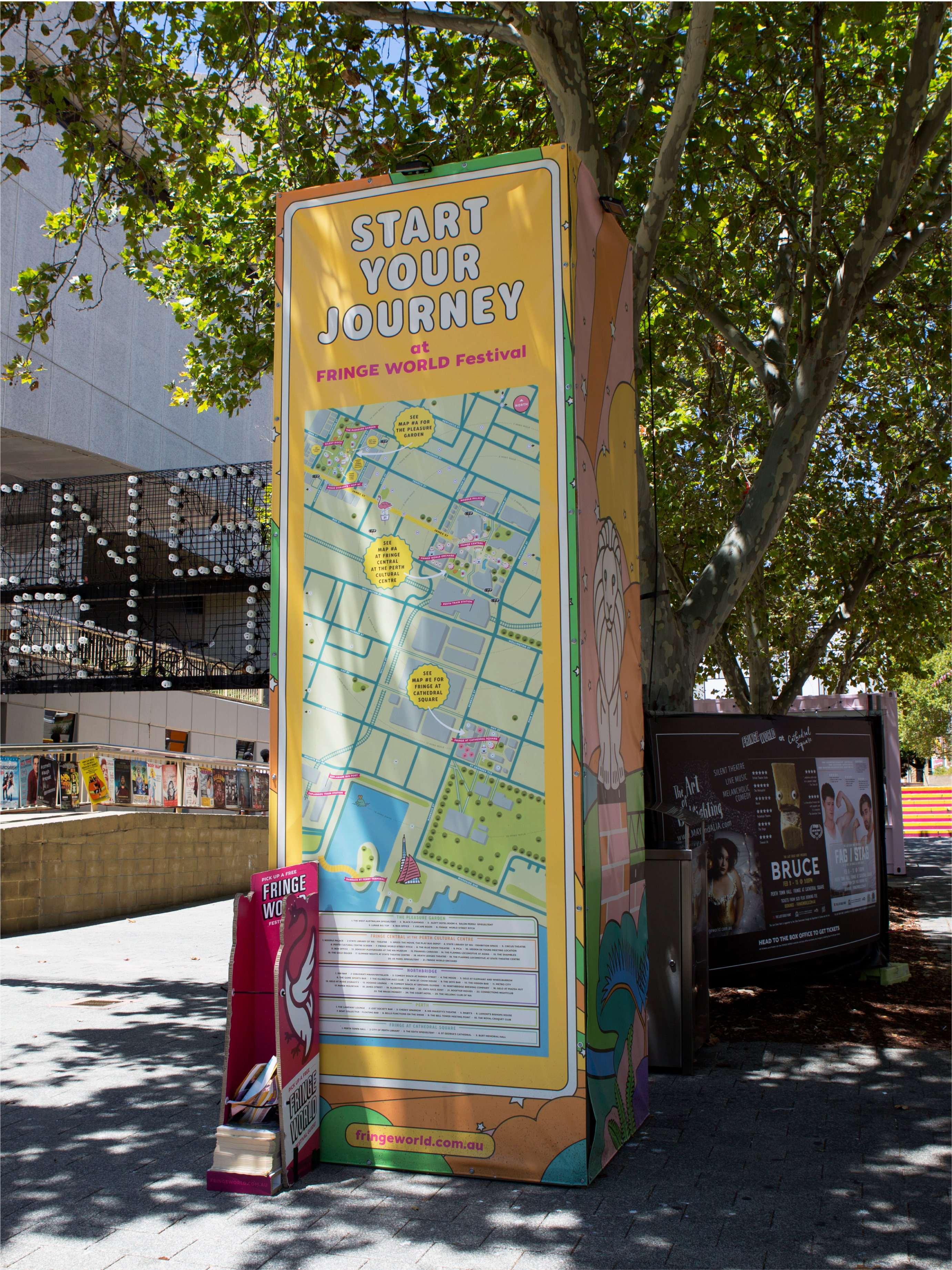 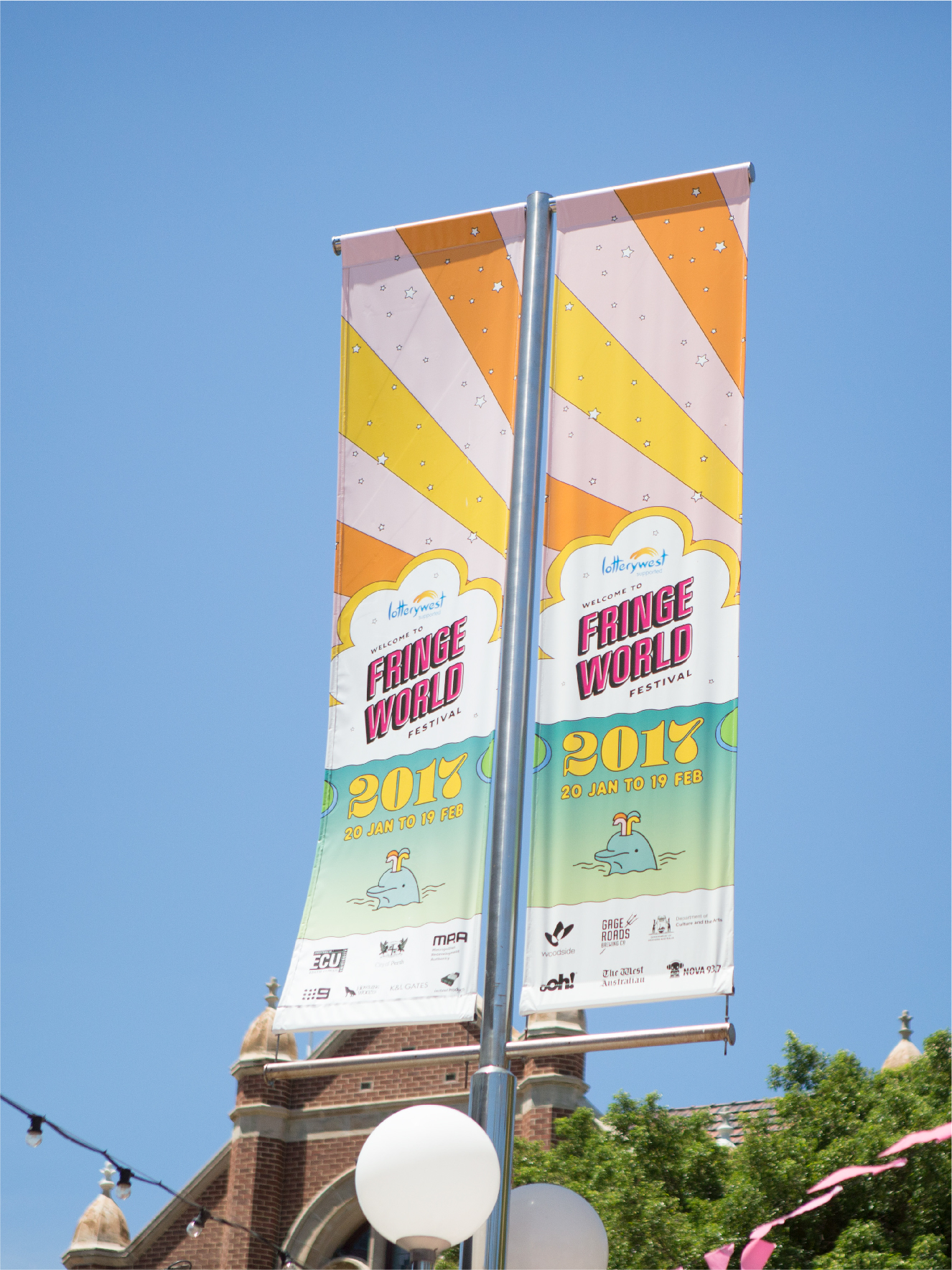 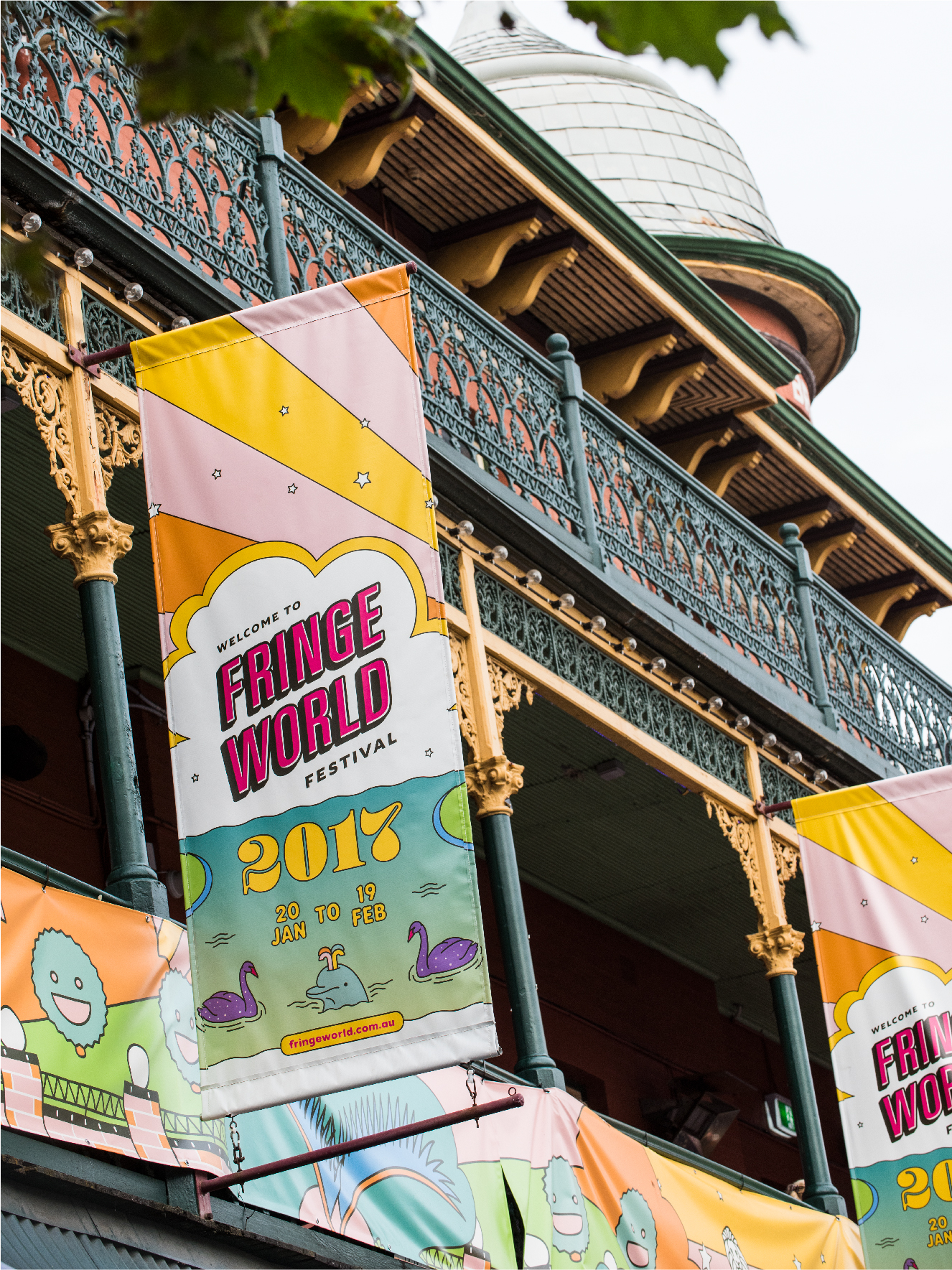 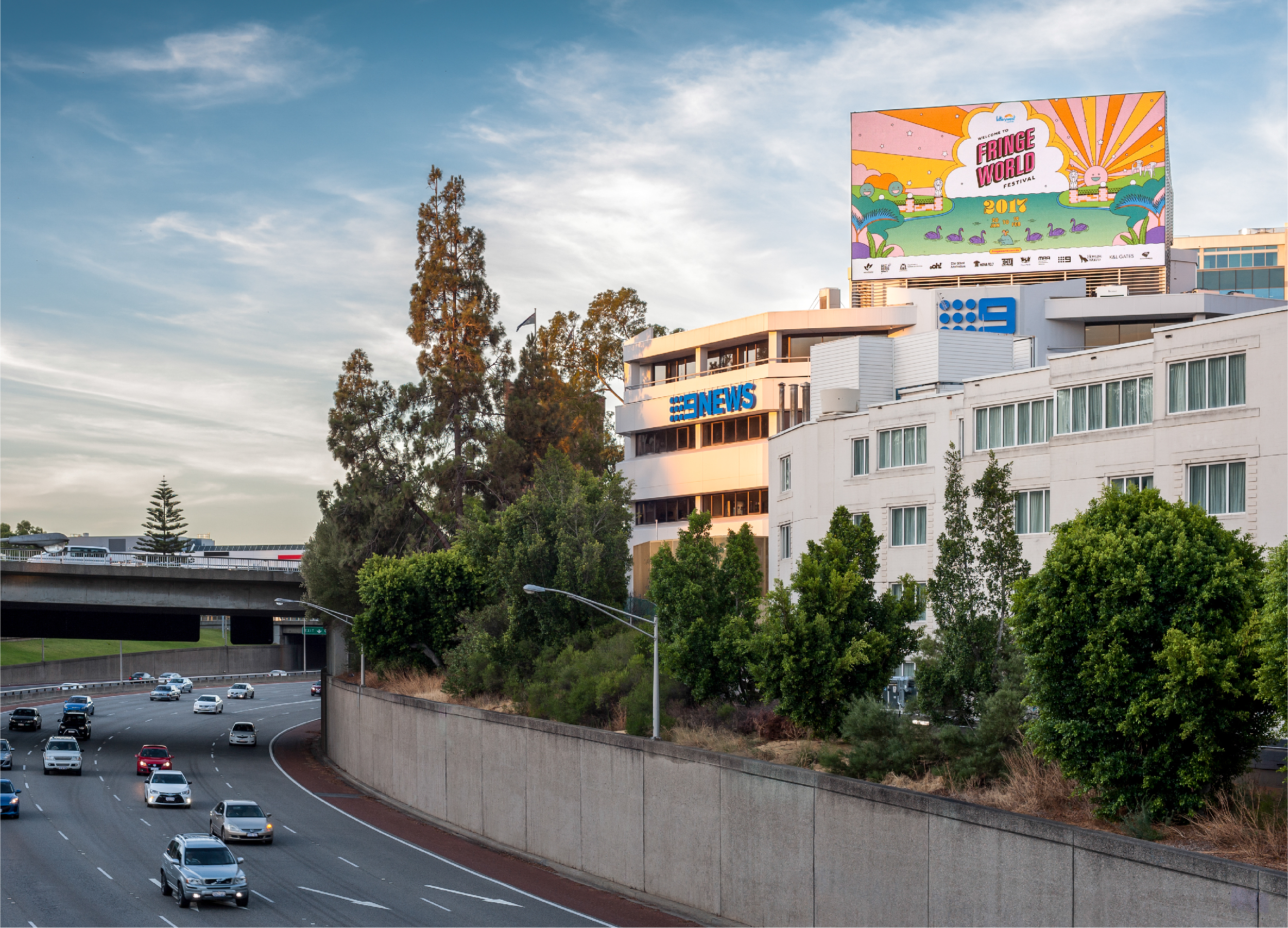